The original downtown of Kansas City, the West Bottoms lies at the confluence of the Kansas and Missouri Rivers, occupying land in both states. 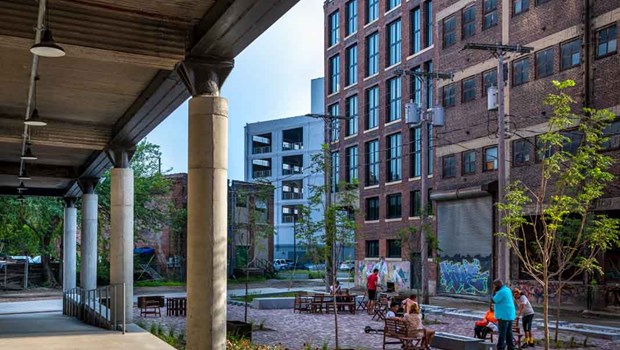 The original downtown of Kansas City, the West Bottoms lies at the confluence of the Kansas and Missouri rivers occupying land in both states. It was the original location for worker housing and the economic center of the city when the railroads and stockyards were its lifeblood.  The area includes hundreds of historic manufacturing buildings dating back to the mid-19th century.

WBF offers interior amenities including indoor courtyards, a variety of fitness centers and community rooms.  Outdoor spaces made up of courtyards and alleys include activity areas such as bocce ball courts, fire pits, and indigenous plants and trees to create an inviting, yet private retreat for the residents.  A hallmark of WBF is the integration of several green infrastructure features including storm water management, permeable pavement, sustainable landscaping, and new streetscape design. 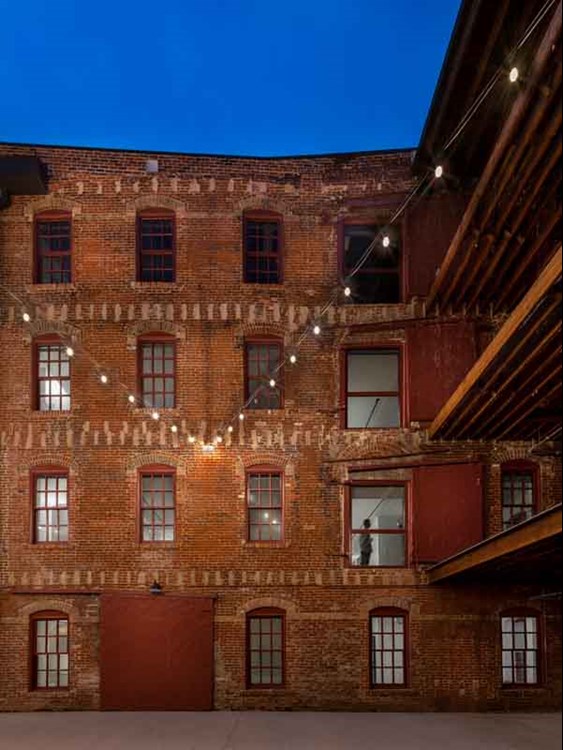 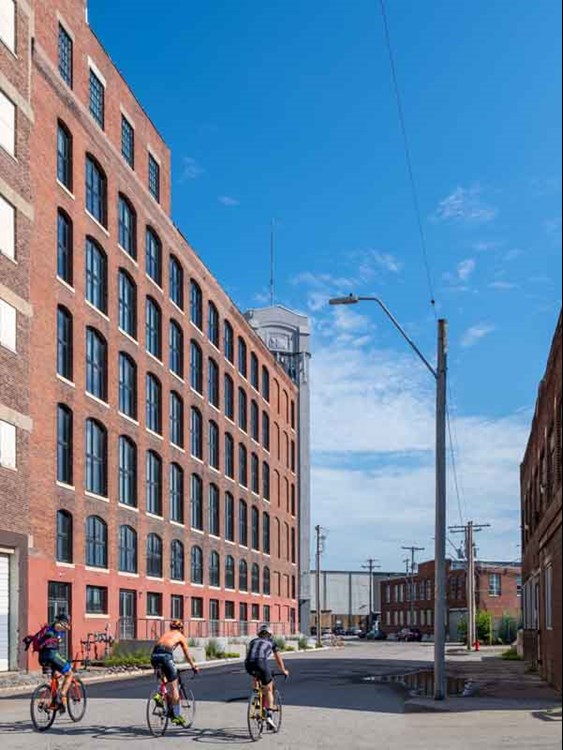 MCM, with assistance from HP Group, LLC., created the West Bottoms North Historic District which not only includes WBF, but an additional {#} contributing properties.  WBF was restored in accordance with the Secretary of the Interiors Standards for Rehabilitation, making it eligible for Federal and State Historic Tax Credits.  The project received National Park Service Part 1, Part 2, and Part 3 approval including amendments.  The $66.5 million project generated $10.1 million of Federal Historic Tax Credit equity and $13.1 million of Missouri Historic Tax Credit equity.   Huntington Bank provided a tax credit bridge and construction to mini perm loan.   Additional financing includes sponsor equity of $7 million, a $3 million deferred developer fee, and $950,000 of green infrastructure grants/rebates. Additional entitlements include a zoning change from M 3-5 to DX-10/mixed-use which allows conversion of manufacturing buildings to residential; property tax abatement of 100% for 10-yrs and 50% for the next 5-yrs and a sales tax rebate on all construction materials. 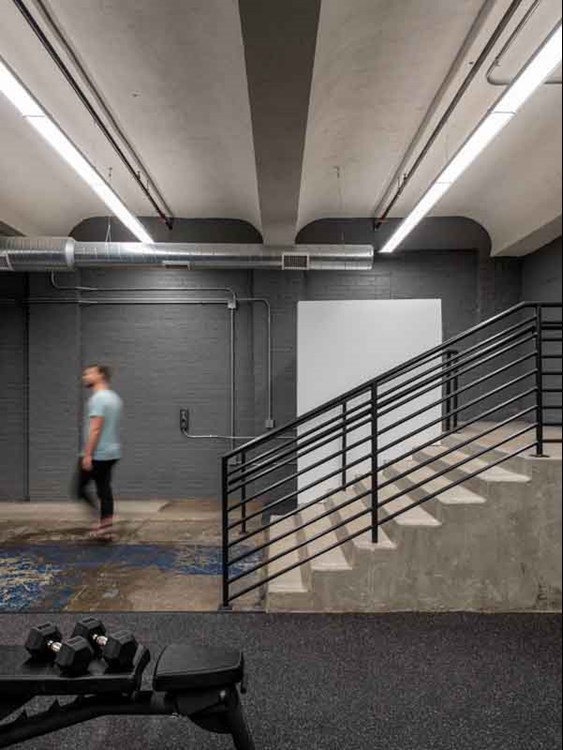 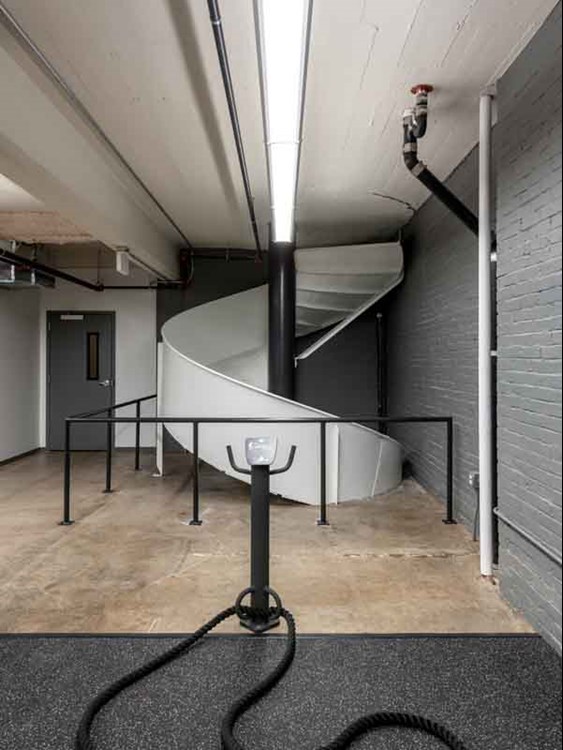 The newly formed historic district allows contributing properties to access federal and state incentives.  WBF has the size to be a catalyst to spur additional development in an area with a large building stock of warehouses that can be transformed to a higher and better use. When the direct, indirect and spinoff or induced impact is calculated the WBF project will have a cumulative economic impact of $214,276,778 with 1,446 supported total jobs. 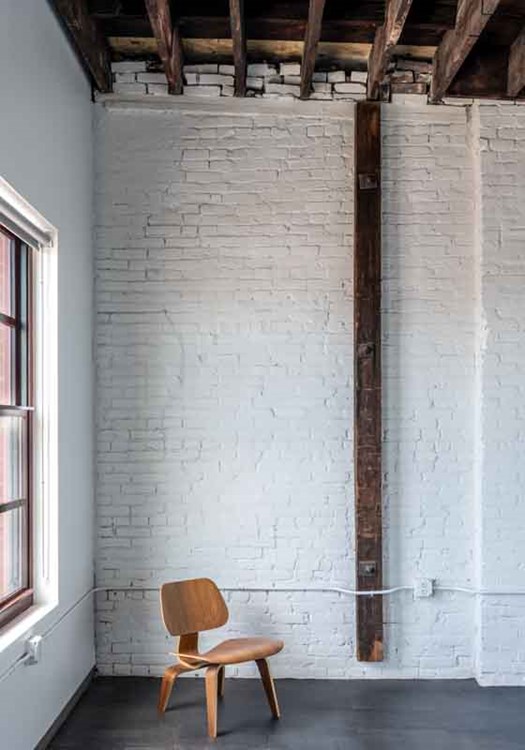 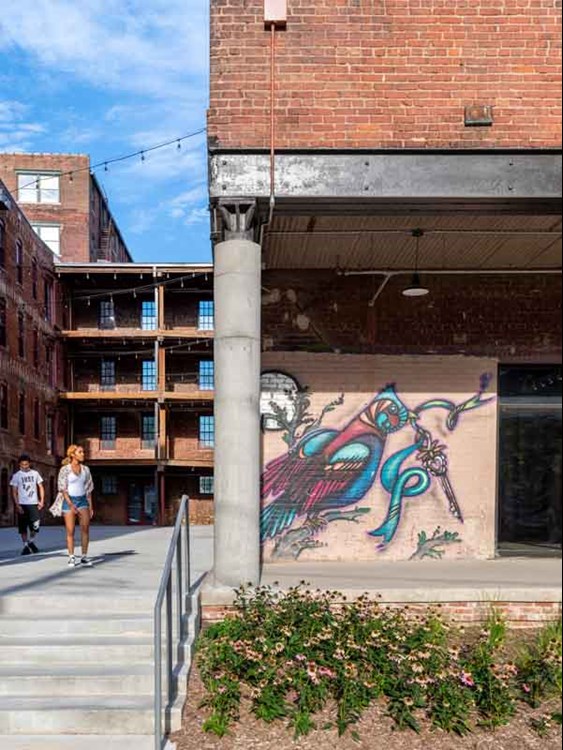